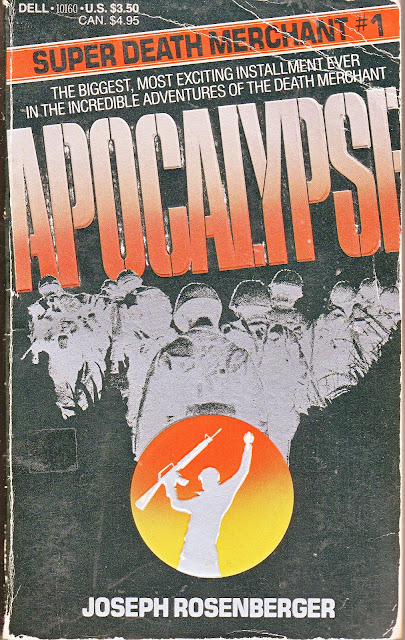 A dark cloud hangs over the free world.  Somewhere in the Aegean Sea, the Soviets are building the most powerful transmitter known to man.  If successful, it will control the jet streams and turn the world's weather into the ultimate weapon of domination - a weapon capable of plunging the West into political and economic chaos!


In desperation, the CIA sends their top agent to locate the secret island fortress.  But as Richard Camellion closes in on his target, a highly placed double agent prepares to betray him.  For the Agency has decided that success must be bought at any price - even if it costs them the Death Merchant!