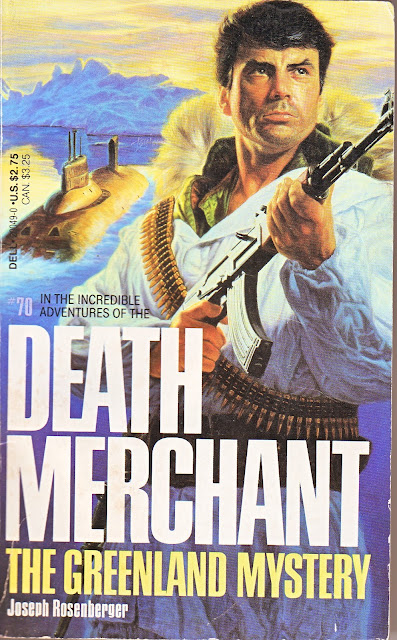 At a top-secret weather station, American scientists have made a shocking discovery - a mysterious city of extraterrestrial origins buried deep beneath the polar ice cap.  Already the Soviet supersub Lenin is bound for Greenland with a strike force of elite commandos.  Fortunately the CIA has dispatched their own deadly emissary to protect the defenseless post.


Richard Camellion has prepared a surprise reception for the unwelcome visitors.  Now, in the Arctic wilderness, the Death Merchant and a cutthroat band of mercenaries are poised for an explosive showdown that will convince the advancing commies that Hell itself has frozen over!