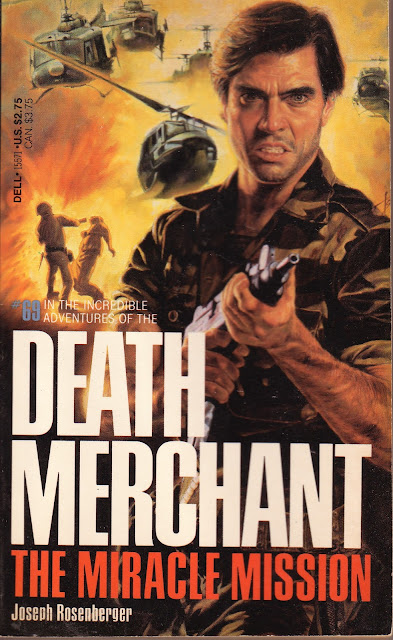 They called themselves the Brotherhood of Belial - a diabolical alliance of Red Brigade and Arab extremists.  Together they'd staged one of the most shocking and blasphemous acts of world terrorism: the theft of the sacred Shroud of Turin.  Someone has to recover the precious relic and teach the terrorists a lesson they won't forget.


Now the CIA has its own avenging angel.  His name: Richard Camellion.

Only the Death Merchant could lead a strike force of Israeli paracommandos from a daring kidnapping in Damascus to a stunning air assault in Tunisia - and lead his enemies into the hellfires of Judgment Day!