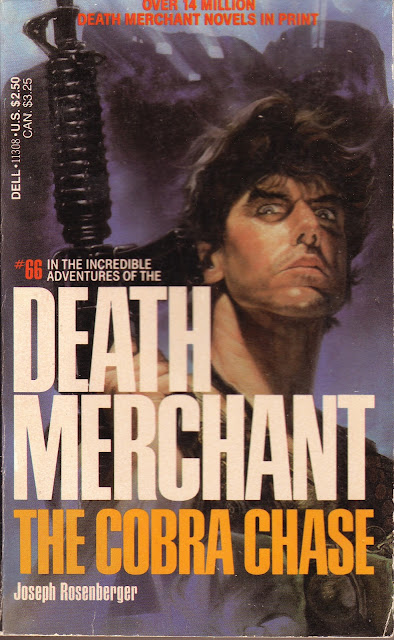 His code name is Cobra.  Behind him lies a long, bloody trail of violence and assassination.  Before him is a sinister rendezvous with the KGB.  For the Russians have developed the ultimate weapon of subversion - a ferocious AIDS-like virus targeted at America's heartland.


But the CIA has a one-man antidote: Richard Camellion.  Determined to stop his old nemesis, he will lead an international killing team on a break-neck, blood-soaked chase across Western Europe to deliver his own cure for commie terror: sudden, violent death!