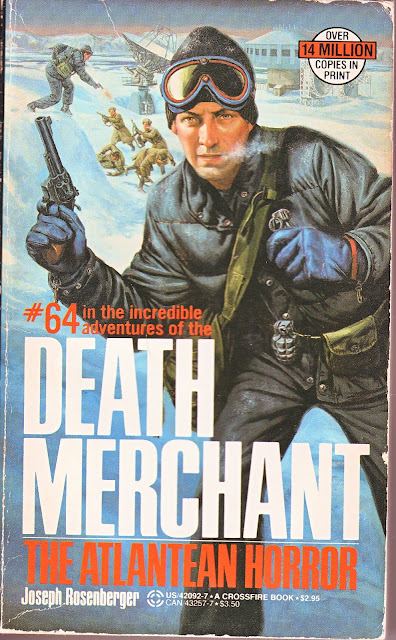 Veliki - a Russian missile base.  Loosely translated its name means friendship.  To America it could mean World War III.

Now an amazing energy converter is being studied by top American scientists.  Its origin and composition, a mystery.  Its power for destruction, awesome.  Underlying its dread presence in the world is a prediction of nuclear holocaust that dates back to the ancient, lost city of Atlantis.  The Russians will stop at nothing to get their hands on it.

But America's got another weapon of destruction that gives it a cold, hard, deadly edge: Richard Camellion, the Death Merchant.  He will lead an assassination squad on a blood-soaked mission into frozen Antarctica that will leave America's enemies wishing they had never been born - or lived long enough to face the Death Merchant!