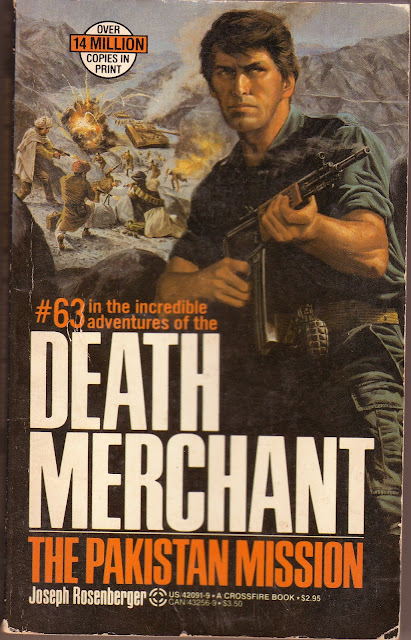 The Russian Spetnaz - even the CIA feared them.  The Spetnaz were nothing less than special assassin-commandos trained in terror; marauders skilled in sabotage.

Now US Intelligence has discovered a seething Spetnaz base secreted in the rugged mountains of occupied Afghanistan.  Poised to ravage unsuspecting Pakistan, only thirty miles to the south, the Spetnaz will spearhead a brutal Russian drive to isolate the crucial oil fields of Saudi Arabia, and bring the oil-dependent West to its knees!

Only a miracle can strangle the impending invasion - or a master of mayhem named Richard Camellion, the Death Merchant.  He must rouse the troubled Pathan tribe of Pakistan to dare the impossible: a furtive thrust through the death-drenched Afghan frontier to surprise the Soviets and raze the savage Spetnaz base to the ground!