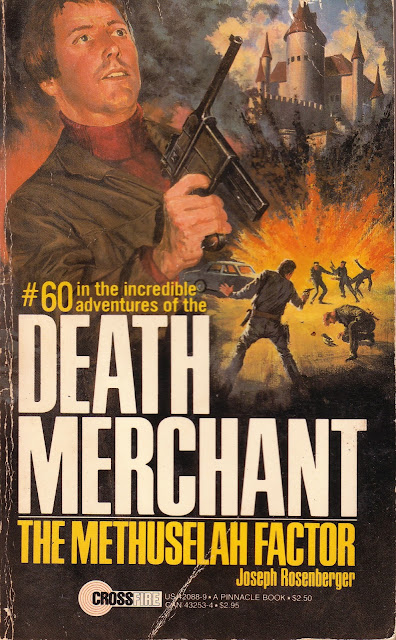 The CIA and the KGB
want the DNA from the BND...and
they'll stop at nothing to get it.

West German scientists have just discovered a way to slow the aging process in man.  A fountain of youth for those who possess it; a cauldron of death for those who don't.

When a corrupt double agent leaks the info to both sides, the race is on.  Moscow dispatches an elite squad of expert assassins.  Washington sends Camellion, the Death Merchant.

Mercenary master of munitions, masks, and mayhem, Richard Camellion turns the autobahn into a battleground; gives both the Germans and the Russians a lesson in blitzkrieg on his way to capturing The Methuselah Factor.