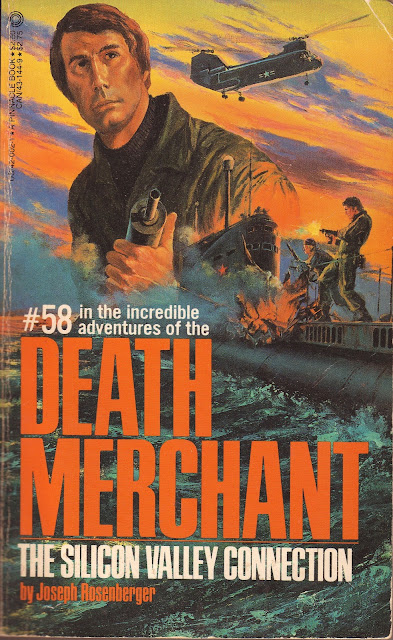 GA-1 - Yankee ingenuity has triumphed again, creating a revolutionary supercomputer and missile guidance system.  But in the hands of the Russians, the computer could spell Armageddon for the free world.


A specially trained group of KGB agents has managed to pull off a daring midday kidnapping of the inventor of the GA-1, Br. Burl Martin, from near his laboratory in California's famed "Silicon Valley".  Aided by a slick and ruthless motorcycle gang, Satan's Gentlemen, who "make the Hell's Angels look like Boy Scouts," the KGB plans to bring Martin to a Soviet submarine waiting off the Pacific coast.  The CIA is short on time, and even shorter on clues.

Only Richard Camellion stands to bring the scientist back alive.  But even the Death Merchant will have to use more than just his great cunning and awesome firepower to win at this deadly game of cat and mouse.