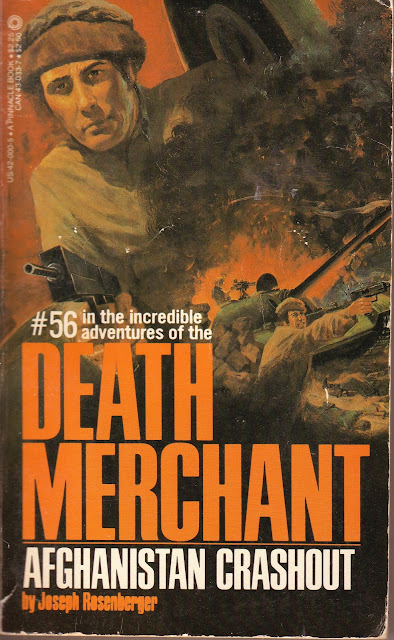 "With the help of Allah," a handful of fanatic Afghanistan freedom fighters plan an all-out attack on the Soviet high command in the mountain city of Kabul.  But the odds are staggering: The Russians have twenty thousand crack troops and the most sophisticated weaponry; the rebels are poorly organized, and still depend on knives for fighting and carrier pigeons for communication.  Everyone, including the rebels, thinks that the attack will probably be a suicide mission.  Even the Death Merchant has his doubts.


But the CIA needs Richard Camellion to get two key Western spies out of the Soviet-controlled Central Prison in Kabul, a hellhole of inhuman slaughter and torture.  Only the Death Merchant could attempt such a daring rescue, but even he'll have to use more than just his great cunning and deadly firepower to pull this one off.