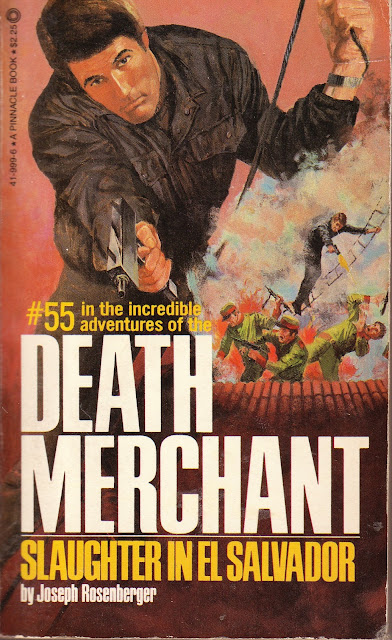 The tiny Central American nation of El Salvador becomes a seething cauldron of blood as right wing death squads and leftist guerrillas engage in brutal warfare.  Civilians die by the thousands and the fragile pro-Western government teeters on the brink of collapse.


The turmoil is an opportunity for Moscow - and a deadly challenge for the Death Merchant.  Wanting neither a Moscow stooge or a bloody dictator in power, the US assigns Richard Camellion to terminate the crazed leaders of each extremist faction.

Luck won't be enough, the Death Merchant will need all the firepower he can get - because his mission will put him in the middle of a jungle holocaust.