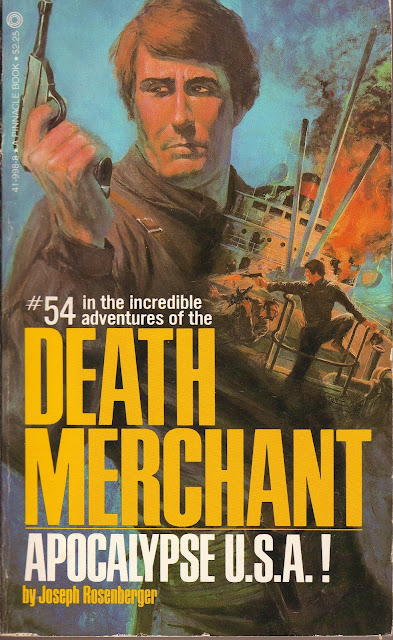 VXB-2L6 - it's the most deadly nerve gas ever invented.  In the hands of Colonel Muammar Qaddafi it could spell death for millions of Americans.


The mad Muslim strongman has sent a crack team of Libyan terrorists and East German spies to America to carry out his plan: the poisoning of the atmosphere above the east coast of the US.  If the scheme succeeds there will be twenty-five million corpses - from New York to the nation's capitol - and the world will rock as World War III breaks out.

Only Richard Camellion stands to stop Qaddafi's lust for blood - but the Death Merchant's search and destroy mission is turning into a deadly game of cat and mouse with the terrorist team.