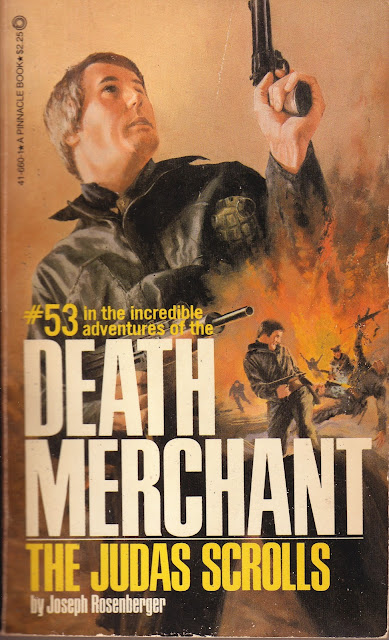 A British archaeologist discovers twenty-seven ancient scrolls in the west Bank of Jordan.  The scrolls, written by none other than Judas Iscariot, contain information so devastating it could bring the Vatican to its knees.


Then the Palestine Resistance League steals the valuable scrolls and offers them to the highest bidder - Russia or the Vatican.  Price: $30 million.  But then the scrolls are stolen again.

This deadly game of hide and seek could undermine the entire Christian world.  Only the Death Merchant, master of cunning and disguise, can stop it.  He must penetrate the enemy dragnet and find the scrolls before the Russians do.  But now the hard part - even Camellion's not so sure he can get out of this death trap alive.