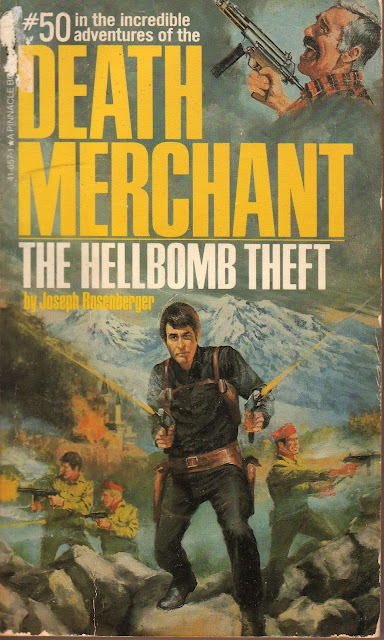 Scientists call them ADM's - atomic demolition munitions.  The CIA calls them "Little A's".  Whatever they're called, everyone knows these small, easily-concealed atom bombs are the most dangerous weapons on earth.

And two have been stolen.  They're headed into the treacherous hands of Colonel Muammar Qaddafi, a crazed Muslim fanatic bent on destroying Israel and becoming King of the Arab world.  With a couple of Little A's to play with, Qaddafi won't have any trouble bringing the rest of the world to its knees.

For the sake of global survival Camellion must overturn one of the most effective power schemes of the decade - faster than he's ever worked before!