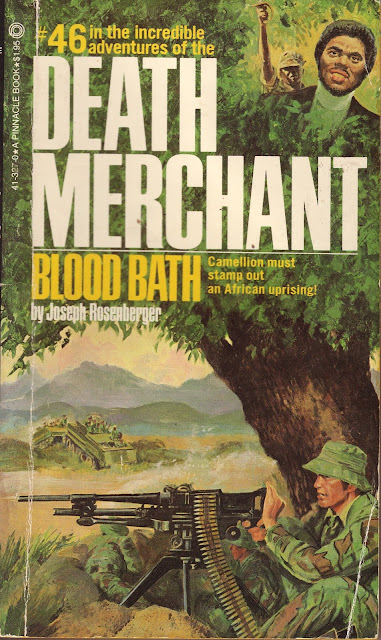 It looks like a straightforward - if bloody - black terrorist rebellion: Southwest Africa demanding freedom from its neighbor, South Africa.  Sam Nujoma is the intelligent, well-educated leader of Southwest Africa, seemingly so devoted to his cause that no one would guess he's a direct link to the KGB, that in fact the Soviet Union is entirely responsible for the revolution.


The CIA has it figured out, though, and they want the Russians' pet project snuffed.  Kill Nujoma and Markevski, his KGB contact, and the scheme will collapse.  This has so far proved mysteriously impossible.

Desperate, the CIA calls in the Death Merchant.  His orders: kill two men no one has been able even to get close to.  Yet.