Death Merchant #44: Island of the Damned 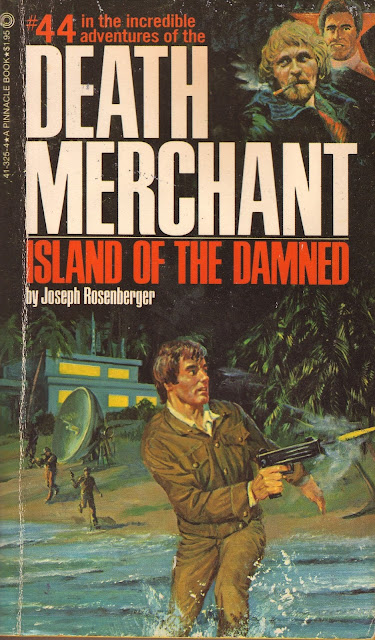 On a far-off, half-forgotten Hawaiian island, Russian scientists are hard at work, secretly perfecting an ingenious but lethal device: the BioMemory Scanner.  With this devastating mechanism at their command, the Soviets plan to monitor not only the mental activity of everyone alive today, but also of anyone who has ever existed!


With the Russians a hairsbreadth away from universal domination, even Camellion, the most efficient crime demolisher of all time, has to think twice.  Can he infiltrate and destroy a scientific stronghold of professionals who are determined to let absolutelynothing stop them from taking over the world?