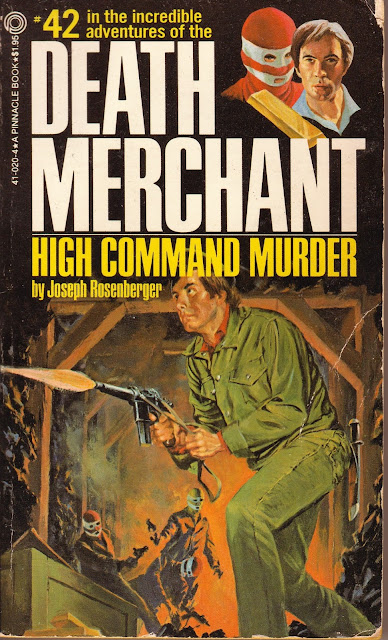 A retired French postal worker reveals that he helped a group of Americans and Frenchmen bury 100 boxes of Hitler's gold in Brittany at the close of World War II.  He's murdered before he can tell where, and the CIA calls in Camellion.


It seems that some of the Americans were on General Patton's staff.  Did Patton know about the gold heist, and was he killed before he could blow the whistle?

Working with deep-cover CIA agents and closely in league with French terrorist groups on the trail of the gold, it's up to Camellion to double-cross the terrorists - and get the gold before they get him.  But destruction and violence bombard his every move, and the master of disguise could soon wear the mask of death.