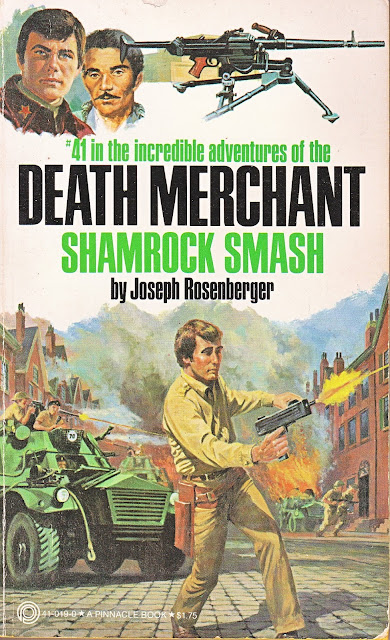 A worried CIA and a frustrated SIS, the British Secret Intelligence Service, are up in arms - and it's no wonder.  The rate someone's smuggling weapons into Northern Ireland has tripled - the supply is endless, and the IRA won't stop its merciless bombing and killing.


So they call on the best undercover man around, Richard Camellion, master of disguise.

Operating as a photojournalist, the Death Merchant infiltrates Ulster's arms smuggling rackets, hangs out in Irish pubs and finds out who's been slipping what to whom.  The answers come fast and furious - it's the KGB, it's the PLO, it's even underground operations in the US.  And their agents are on to Camellion's cover.  His number's up.  It's just a matter of who gets to him first - and how he'll die.