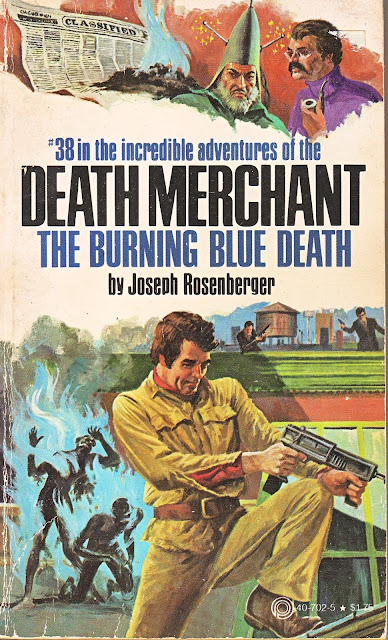 FACT: There is a weird phenomenon known to medical science as Spontaneous Human Combustion.  Called SHC, it is a conflagration of the human body that occurs instantly, often generating such fantastic heat that the entire body of the victim is reduced to a few pounds of ashes within minutes.


When US Senator James Franklin Wilder is burned to death; when several months later a scientist goes up in smoke, with no explanation; when a key government employee in West Germany bursts into flames, and there is no official comment; when in eight months, twelve people, all connected to high government posts spontaneously combust, the Scientific Research Division of the CIA becomes concerned.

Richard Camellion, The Death Merchant, is sent in to find out thewho, what, and why of the Spontaneous Human Combustion deaths...and he begins by placing a series of advertisements in newspapers around the world - an act that sets off a resounding chain reaction with deadly international implications.