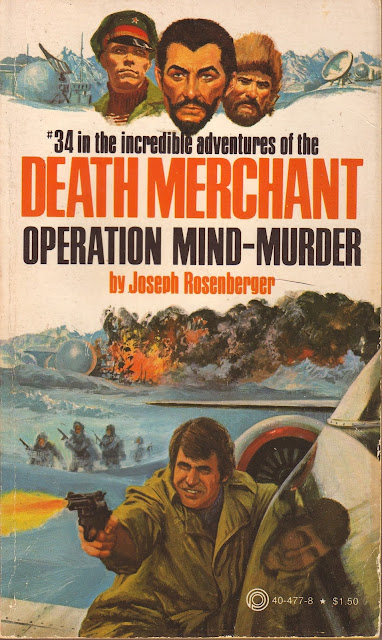 In the remote frozen wastes of the North Pole region, just north of Siberia, lies Wrangel Island - remote, perhaps; but close enough to the United States to cause the CIA and other intelligence agencies some concern.  For, they learn through "spy" satellites, the island is peopled by Soviet scientists under the direction of the KGB.  There, the Russians are still holding World War II prisoners long ago listed as killed in action - but actually the subjects of inhuman medical and scientific experiments.


When the Russians begin building an enormous complex that appears to be not only a radar station but a sophisticated weather experimental base, this can only mean trouble for the free world.

In a worried Washington, the decision is made: Wrangel Island must be destroyed.  But how?  And by whom?  The choice is unanimous.  The Death Merchant - Richard Camellion - is elected to plan and execute the vital mission.