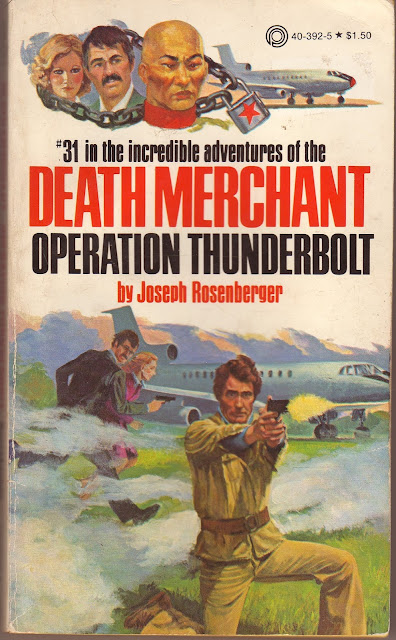 The US has just learned that an American planeload of vacationers has gone down off the coast of North Korea, en route to South Korea.  Among the survivors picked up by the North Koreans are Dr. Douglas Hausheer and his wife.  What the North Koreans don't know - yet - is that Dr. Hausheer is a top secret scientist working on Operation Thunderbolt, an ultrasonic bomb.


Question: What will happen when the North Koreans find out what a valuable catch they have fished up from the sea?  Answer: If the information stored in Dr. Hausheer's head falls into the wrong hands, it might mean disaster to the US - possibly to the rest of the democratic world.

The CIA knows that only one man can nip the impending holocaust in the bud: Richard Camellion, the Death Merchant.  His job: Get the Hausheers out of North Korea before either one is forced to talk - or kill them both!