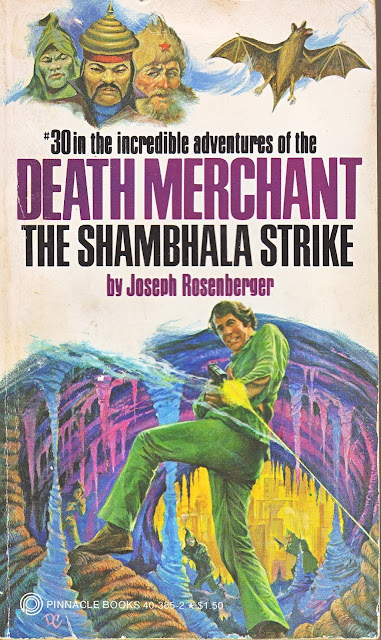 For centuries there have been rumors of an extensive complex of caverns existing under Tibet, Bhutan, Mongolia, and Kurdistan.  And no one, so rumor has it, is allowed to enter these secret caves except worshippers of evil.  Rumor?  Perhaps.  But there are those who will swear to the existence of a fabulous subterranean metropolis called Shambhala, ruled by Rigden-Jyo-Po, "King of the World", and the untold wealth it contains.


The CIA knows that the Red Chinese and the Russians are trying to find it.  Obviously the CIA must acknowledge these rumors, and get there first.  But without openly involving the US, how can they get an expedition started?

There's only one man who can handle anything of that magnitude with the necessary subtlety - Richard Camellion, the Death Merchant.  And so, along with Vallie West, an old CIA pro, Camellion begins one of the most eerie - and deadly - adventures of his career.