Death Merchant #16: Invasion of the Clones 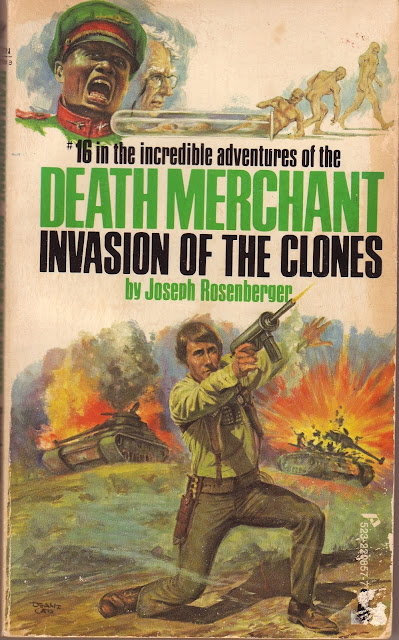 When Richard Camellion, The Death Merchant, is sent to an African country by the CIA to investigate cloning he is captured!  The mad scientist, Dr. Lewellyn, has perfected the art of cloning - making carbon copies of people by using their body cells.  He and Garbu, the dictator, who are creating an army of clones to invade wealthy South Africa, come up with a novel idea.

In a stunning finale, Camellion must do battle against five of his exact replicas.  The whole of Africa may be changed by the outcome.