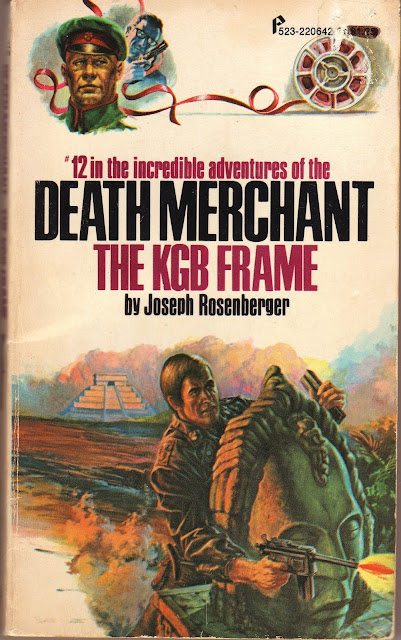 The evidence is indisputable: a tape, in his own voice, in his own words, which incontrovertibly matches his voice print - and damns him eternally as an agent for the Russians.

To make things even more convincing, the KGB is prepared to sacrifice a valuable illegal agent and nine other Soviet agents to guarantee that Camellion go to his death as a traitor in the eyes of his countrymen.


The hunted target of both his colleagues and his enemies, the Death Merchant becomes the object of the most intense and desperate manhunt in the history of international espionage.

Only one outrageous, long-shot risk can save him this time.