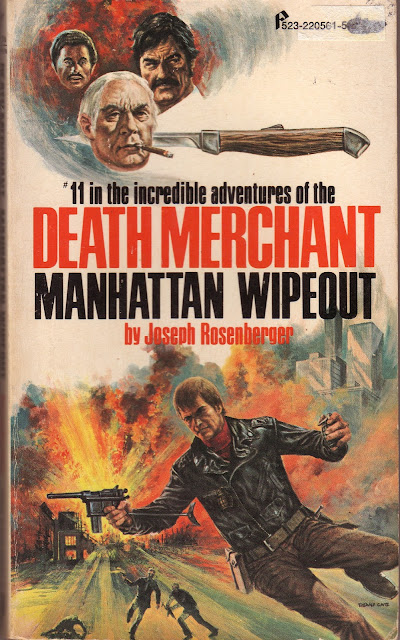 I Want Camellion - I want him dead!

A contract is out on the Death Merchant.  Salvatore Giordanno, Capomafia of the most powerful New York family, knows it's a kill-or-be-killed situation - his entire organization is at stake.

Richard Camellion is directing a bloody drama to ring the final curtain down on organized crime - forever.  He'll do it any way he can.  He's been given the green light by Washington.

No combination of soldato hit men can stop him.  He's on the warpath...and ten times more dangerous to the four families than an army of red-taped federal cops.


It's a mop-up and a wipeout scene in Manhattan!